Attitude and Nature of Praxis

The extending material for the director-coach

The attitude is both ethical and philosophical quality. In terms of practical use, the attitude manifests itself in many cases as emotional value, supporting or disturbing your developmental process both in craft but also in personal life. Therefore, it could be seen as a tool that combines awareness of one’s internal qualities, perceptual tools, and individual and creative possibilities within this field. The right attitude extends the consciousness of both the actor and the director. This alleviates personal hesitations and improves self-confidence on both sides, therefore decreasing the hesitance about one’s qualities. This, in turn, alleviates the ego’s fear and possible confrontation. Moreover, the grounding theory for the entire Zero Zone Praxis is an Abhyasa and Vairagya principle from the original Vedic philosophy (passion/attachment to continuous practice and dispassion/detachment from dual dependencies, fears and desires). This approach cultivates a balanced mind and consideration of each other, caring. The opposite process could take place in the case of authoritarian theatre-making, read more from Tamur’s article about findings in Stanislavskian craft in Taylor and Francis’ Stanislavski Studies. 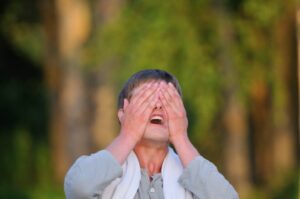 Leave the galoshes behind the door

And now, returning to Stanislavski, he believed theatre has a powerful influence on people, where the actor must serve as the educator. Therefore, he complied his Ethics: three different ways through which studio practice impacts on everyday life – ‘surface’, ‘technical’, and ‘ethical’ levels – should be evaluated. Stanislavski's Ethics are proposed as a possible paradigm in mapping future considerations on performer training. One of the most famous citations from this – ‘leave the galoshes behind the door’ – means: do not bring daily troubles to the rehearsal studio. Even with a century on from Stanislavski and thousands of years from the establishment of Vedic philosophy and Yogic practice, Performing Art is today again in need of being revitalized with self-cultivation. On this point, ZZ praxis resonates robustly with both ancient experiences and Stanislavski. As Stanislavski was concerned with providing practical assistance to theatre professionals, leading to an emphasis on techniques that can be employed in the daily routine of rehearsal and performance, the Stanislavskian acting and directing craft already partly includes coaching principles: using conscious willpower and the observer-witness position (for self-reflection) in character creation and the open-ended questions to lead the actor to a final agreement between the director and performer, even these elements were not articulated directly this way on his time. On the other hand, as Stanislavski derived approximately 40% his actor training elements from Yogic practice (his known Circle of Concentration for example)
__________________________
You can find more in Aquilina, S. (2012) ‘Stanislavsky and the impact of studio ethics on everyday life’. Theatre, Dance and Performance Training, 3(3), pp.302-314 and
Tcherkasski, 2016.

In Vedic philosophy, the idea behind Abhyasa and Vairagya discipline is that in the case of regular practice, there will be no destructive thoughts or emotions at all and communication with the external and internal world is harmonized (see in main report page). Therefore, this is an appropriate attitude to practice in the daily actor-director relationship. The Zero Zone praxis has been developed with practical exercises and techniques to make this attitude possible and learnable. However, mere understanding of or willingness towards the described attitude will not bring the desired result as the habitual and subconscious emotional behaviour with repeating mind patterns is powerful. This repetitiveness could be changed only via concrete techniques.

Furthermore, in Vedic philosophy, Abhyasa and Vairagya are articulated to accomplish two of eight internal sources in Yoga practice, Yamas and Niyamas. Yamas include the ethical code of non-violence, truth, honesty, sensual abstinence and non-possessiveness. Niyamas are cleanliness, contentment, austerity, self-study and resignation. Practicing the Niyamas is said to give the practitioner the inner strength, clarity and discipline that s/he needs to progress on his/her self-cultivation journey. A recent study (Srinivasan, 2021) indicates that students who have practiced Yama and Niyama bear concern for the welfare of self and others in the environment. This sattvic quality reflects a holistic spiritual outlook, a quality which is needed in this age of environmental degradation and poor interpersonal relations both at workplace and at home. The practice of the Yama and Niyama heightens awareness and cognitive ability, provides the basis to regulate emotions, and removes blockages of vital energy in meridians.
________________________________
Energy meridians- Nadis. This is a purely bodymind experience and approach. See about Yamas and Niyamas and read more in Srinivasan T M. ’Ethics in Yoga’ https://www.ijoy.org.in/text.asp?2021/14/2/87/315760

Therefore, the nature of the ZZ praxis is not predominantly about decreasing/alleviating stage fright or other destructive personal emotions appearing during the rehearsal/performing processes but also increasing preventive qualities, supporting skills (decision-making and focus guiding and philosophy to achieve a balanced mind and tackle negative phenomena in the performing and preparing craft. First, to prevent conflicts in the actor-director dyad and then at the performance time. It is not dealing with emotions, but rather with the attitude, personal self-cultivation (designed according to the needs of Performing Arts) and perceptual skills, concentration, focus and emotion guiding. This is how the ZZ praxis becomes a preventive praxis rather than a cure of the consequences, in every sense, and this is also why it is idiosyncratic and original. Today, most of the literature describing the methods against stage fright appears to be about retroactive remedies.

… this helps to get familiar and already into more dedicated connection with new further partners and avoid also stage fright!

The absorption is so strong. I practice it every evening, from the need

Actors usually love games. This made it easy to start with the process, I actually found myself supported by them and this, in turn, reignited myself.

This was challenging for me for first – how will the ensemble follow the idea of additional training. Fortunately, they took the extra training as something refreshing, with joy!

I immediately felt a decisive confrontation as the director started from the wrong end. I used the Shift instead of starting to argue with her to defend my reaction. This saved the situation and bought personal relief!

When my attention will trace my mistake in performing, I execute the shifting and this brings me immediately back. I apply the technique to continue where I left off.

If it [the performing] starts to slide away from the track, I always take this moment to concentrate back [into the flow], to abandon the surrounding noise to step back to the agreed path what I came here to walk

The Jump is really effective […] … even with a partner with whom you have been a colleague for a long time. You will discover the eyes and go in a somewhere intense connection.

I would like to use the ZZ techniques at the time of make-up, sitting in the chair, this is the preparing and kind-of tuning-on moment.

The directors come and go, they do not care about an actor’s condition.

…it is much more helpful for the actor to do his job when such training comes. In the repertoire theatre no-one does joint preparation anymore.

It would be nice and much easier if every rehearsal starts with a concentration exercise and this is agreed, common behaviour. 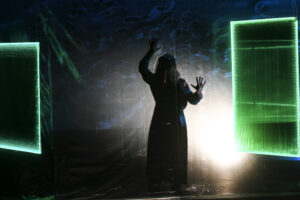 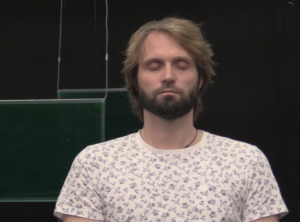 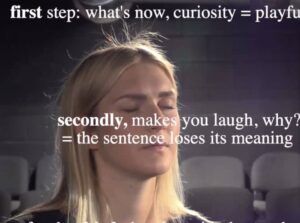 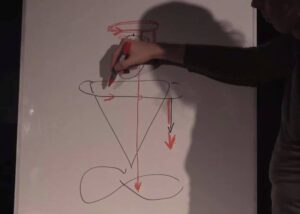 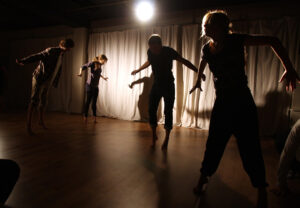 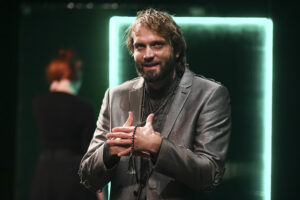 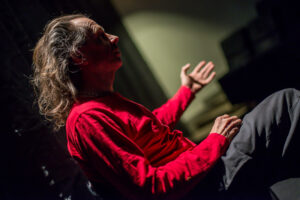 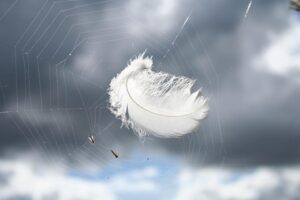